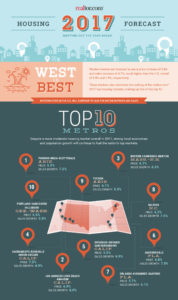 The national housing market is largely predicted to moderate in 2017, but a handful of metros are expected to beat expectations. In fact, 10 markets are looking like hot-beds for growth in the new year with Phoenix, Arizona being number one.

As such, real estate professionals in these 10 markets should expect a booming business in 2017. Realtor.com® notes these are the hottest housing markets to watch in the new year, based on price and sales gains:

Why are expectations so high for these 10 markets? Realtor.com®’s research team notes that strong local economies and population growth are helping to fuel sales. Also, the top 10 housing markets have other commonalities, such as relatively affordable rental prices, low unemployment, and large populations of millennials and baby boomers. 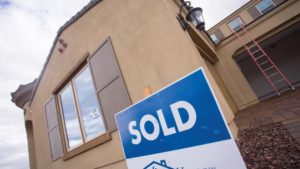