A DAY IN THE LIFE AT CORONADO COMMONS 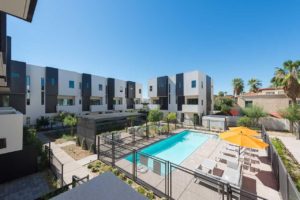 Your wait is over. Finally, a modern community close to all the action. Coronado Commons was developed by Riley/Smith Development, whose principals are highly respected residential developers. Years of experience and dedication have culminated in this livable downtown luxury property. Minutes away from the Light Rail, Phoenix Art Museum, Roosevelt Row, sporting events, entertainment, education, food, and culture.

In the heart of the Midtown area, residents are minutes from the Central Arts District, Downtown Phoenix, Arcadia and much more. With so much just minutes away imagine all of the neighborhood gems you’ll have to enjoy.

Coronado Commons offers its owners the best of both worlds–midtown culture and downtown living, all in the heart of a historic neighborhood. Restaurants, bars, coffee shops, event venues, art galleries are all within walking distance. Need to get around town? A few minutes by car or Uber will have you in Downtown Phoenix, Sky Harbor Airport or the Biltmore Corridor. Come see this gem of a new townhome community nestled in the heart of Phoenix.

With 2 big bedrooms and 2 1/2 baths, you have everything you need and more in this dynamic space. The Midtown offers the Office/Den/Studio at the ground floor entry; flexible space however you want to use it! The Owners Suite is designed for today with walk–in closet, dual sinks and luxurious shower. As with all our plans, you’ll get large open kitchens, over-sized great–rooms and private patios to complement your new Urban Lifestyle!

Big space for your big life! Uptown offers the Office/Den/Studio with convenience bath; flexible space however you want to use it! These end–unit only 3 bedroom homes deliver the light and views you want. The deluxe Owners Suite offers a large walk–in closet, dual sinks, extra counters and luxurious shower. As with all our plans, you’ll get large open kitchens, over-sized great–rooms and private patios to complement your new Urban Lifestyle!

See what your day could look like living at Coronado Commons by calling Laura Boyajian at 602-400-0008 today to arrange a private tour. 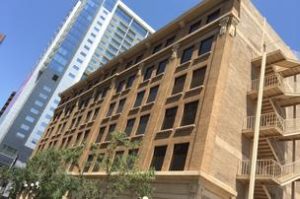 The end of the year brought a sizable boost to existing home sales, as delayed closings from new mortgage rules pushed some would-be November transactions to December, according to the National Association of REALTORS®. Existing-home sales — which are completed transactions for single-family homes, townhomes, condos, and co-ops — rose 14.7 percent month-over-month to a seasonally adjusted annual rate of 5.46 million in December. Sales are now 7.7 percent above a year ago.

That marks the best year of existing-home sales since 2006, though it’s still well below the record for that year, which was a whopping 6.48 million.

“While the carryover of November’s delayed transactions into December contributed greatly to the sharp increase, the overall pace taken together indicates sales these last two months maintained the healthy level of activity seen in most of 2015,” says Lawrence Yun, NAR’s chief economist. “Additionally, the prospect of higher mortgage rates in coming months and warm November and December weather allowed more homes to close before the end of the year.”

The Know Before You Owe initiative, which took effect Oct. 3, 2015, prompted some delays in closings as lenders adjusted to new rules and the rollout of a new mortgage form to consumers.

“December’s rebound in sales is reason for cautious optimism that the work to prepare for Know Before You Owe is paying off,” says NAR President Tom Salomone. “However, our data is still showing longer closing timeframes, which is a reminder that the near-term challenges we anticipated are still prevalent. NAR advised members to extend the time horizon on their purchase contracts to address this concern.”

5. Inventory: By the end of December, total housing inventory fell 12.3 percent to 1.79 million existing homes available for sale, reaching a 3.9-month supply at the current sales pace. That is 3.8 percent lower than a year ago (1.86 million).

“Although some growth is expected, the housing market will struggle in 2016 to replicate last year’s 7 percent increase in sales,” says Yun. “In addition to insufficient supply levels, the overall pace of sales this year will be constricted by tepid economic expansion, rising mortgage rates and decreasing demand for buying in oil-producing metro areas.”