We may be on the verge of spring, but housing and economic reports work on a bit of a lag time. We’ve only just gotten the major data reports for January, and it’s giving us a clear-eyed view of how the real estate market is measuring up this year. 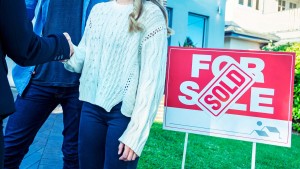 And yeah, things are looking good.

Job creation—arguably the most important factor in housing demand—is moving apace. January saw 151,000 jobs created. That level of employment growth is below 2015’s monthly average, but unemployment is now near 10-year lows and is in line with the current macro forecast from the National Association of Realtors® (NAR). This level of employment growth should translate into the 3% growth in housing sales we are expecting for the year.

Speaking of sales, January’s existing home sales report did not disappoint. Even though sales are taking longer to close, due to the implementation of new disclosure and closing forms and procedures, the pace grew 0.4% in January from December. Granted, that’s not a lot, but analysts had been expecting a decline. And from January 2015 to January 2016, existing home sales grew a solidly impressive 11%.

The increase in sales is resulting in continued tighter-than-tight supply—measured by NAR to be four months in January.  For you non-economists out there, that metric measures the number of months it would take to sell the current inventory of available homes, at the current pace. Got it? Six to seven months’ worth of homes on the market is considered normal; four months is cray-cray.

This is driving prices higher and encouraging consumers who hope to buy this year to get started as soon as possible.

January’s new home sales and new home construction remained consistent with the pace of activity of the last several months. Still, the level of new construction still represents solid year-over-year growth, especially in single-family homes. The most encouraging sign: The median price of new homes is finally declining, as a result of the fact that builders are offering more affordable homes.

Finally, the most timely readings we can pass on come from our own observations at realtor.com that confirm that demand is growing rapidly at the start of the year, resulting in an acceleration in inventory movement that we typically do not see until March or April.

OK, not everything is rainbows and unicorns. The biggest negative trend impacting potential demand relates to the January and February declines in stock values, which have taken a toll on consumer confidence. But, even that negative trend has a silver lining: Mortgage rates are now substantially lower. The average 30-year conforming rate has stabilized at under 3.7%, giving buyers almost 5% more buying power than they had at the end of 2015, and strengthening their ability to meet the debt-to-income ratio requirement for a loan.

Net-net, pent-up demand appears stronger than any weakness caused by the financial markets. And the lower rates are encouraging would-be buyers to act sooner rather than later. With this strong start, 2016 should indeed see growth, but the biggest constraint will be the tight supply.

If you’re ready to get pre-approved for a home mortgage and start home shopping, give me a call or email today.