Phoenix homebuyers who are looking for something charming, quaint & vibrant in a convenient location find themselves exploring, visiting and moving into the historic communities in central and midtown Phoenix.

It’s reminiscent of simpler times, like old Americana, where you can walk your dog along the tree-lined streets and wave to your neighbors sitting out on their front porch. It’s a place where you know your neighbor’s names.

The prime central location, in the heart of the historic district, is where you are just steps from every imaginable cultural experience including the Phoenix Art Museum, the world renowned Heard Museum, Arizona Science Center, Children’s Museum of Phoenix, Phoenix Symphony Hall, Arizona Opera, Ballet Arizona, some truly wonderful locally-owned shops & eateries, and nearby sporting events with the Arizona Diamondbacks, Phoenix Suns, Phoenix Mercury, and Arizona Rattlers.

Also, proximity to hospitals, medical & business offices, colleges, banks, and the like. Not to mention the Roosevelt Row which has been ranked one of the top art districts in the country (be sure to check out First Fridays when thousands of people fill the streets), the Encanto Enchanted Island Amusement Park, and the Valley Metro Light Rail, which is ideal for rapid transit to downtown theaters, hotels, municipal services, the Arizona State University downtown campus, concert venues, and even to Sky Harbor Int’l Airport.

Also so close to great schools such as St. Mary’s, Brophy College Prep, Xavier College Prep, and more. Easy access to several highways makes it easy to get around the Valley in minutes.

Search for all historic Phoenix and Metro Phoenix Homes For Sale 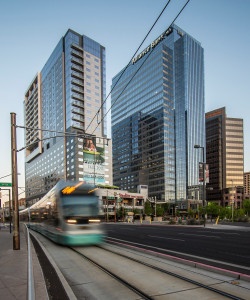