Roosevelt Park Historic neighborhood & district was Dwight B. Heard’s first subdivision on South Mountain, starting in 1924. And, he built on land that had once been farmed by the Hohokam’s and Mexican grain farmers before the Bartlett-Heard Land and Cattle Company took ownership. 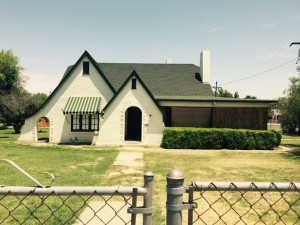 This historic district is not to be confused with the Roosevelt Historic District.