The Warehouse District location in Phoenix, AZ is 14 blocks by six blocks North of Interstate 17, Just south of the Downtown Core and North of Central City South. The boundaries are: Jackson Street south to Grant Street; 7th Street west to 7th Avenue.

Click Here to Search Property For Sale In The Warehouse District In Downtown Phoenix, AZ

Located just south of the Downtown Core and north of Central City South, the Phoenix Warehouse District is rich with history and authentic character.

Making up two fifths of a square mile, the Warehouse District’s proximity to the Union Pacific Railroad’s rail yard, distribution centers and produce sheds constructed around the railroad tracks in the early 1900s led to the formation of the Warehouse District as the commercial heart and economic core of Old Phoenix.

This area also formed the epicenter for agricultural shipping. Produce was trucked to the Warehouse District where it would then be loaded onto refrigerated boxcars and distributed. Through the 1950’s ice houses along the rail line manufactured ice to keep boxcars cool and allow produce and perishables to make the long journey to markets in the east.

Chinese immigrants working as railroad workers established the first Chinatown in the Phoenix Warehouse District, originally occupying Adams & First Street. Opposition from locals and pressure from the city resulted in Chinatown moving south between First & Third Street and Madison and Jackson Street creating a second Chinatown within the Warehouse District. Filled with laundry facilities, grocery stores and restaurants from 1870 until the mid 1940’s Phoenix’s Chinatown flourished, until larger corporations began migrating into the area and buying out Chinese businesses.

OLD MEETS NEW IN THE WAREHOUSE DISTRICT OF PHOENIX 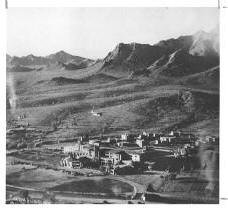 Originally constructed in 1929 as the Sun Mercantile Building, it is the last remaining building from Phoenix’s Second Chinatown. The Sun Mercantile Company supplied many neighboring towns with merchandise and soon became the largest wholesale grocery house in Phoenix. Listed on the National Register of Historic Places it has been a locally protected historic landmark since 1987. This building is now home to the state-of-the-art IASIS Healthcare Multi Specialty Clinic.

The Phoenix Cotton Oil Company building was originally constructed in 1985 at 605 E. Grant Street. In 1917 a two story structure was built next door by Paul Litchfield’s Southwest Cotton Company which served as the company’s headquarters and main processing plant, later the company moved to the newly christened ‘Litchfield Park’. In 1943, the building becomes Karlson Machine Works which offered welding and machining repair assistance to farmers, ranchers and business owners in the Phoenix area. Today, the building is owned by Arizona State University and is the home to ASU’s Step Gallery and Grant Street Studios.

Originally Constructed in 1930, the Arizona Hardware Supply Co. Building was a loading facility for its much larger headquarters across the street. The building was designed to store hardware goods and allow for pick up of such goods. In 2009, Dudley Ventures restored and redeveloped the building while preserving the historically significant exterior and interior portions and restoring the primary façade as authentically as possible.

Constructed in 1905, the Phoenix Seed & Weed Warehouse predates the railroad which was laid down in 1926. This warehouse is the oldest remaining warehouse in Phoenix. It was listed on the State and National registry of Historic places in 1984. In the 1940’s the warehouse became Arizona Paperbox Company, where workers manufactured the lightweight paper boxes that bakeries used for packing doughnuts, turnovers and other pastries.

Constructed in 1930 and added to the National Register of Historic Places in 1985, the Ong Yut Geong Wholesale Market building was a part of the Second Chinatown in Phoenix. The building has since been restored and occupied by its owners, R&R Partners.

Constructed in 1918, The Bell Laundry Building served as a commercial laundry for local businesses until 1999. In 1957 it became Phoenix Linen & Towel and in 1999 the building was renovated and later became Bentley Projects in 2004.

Constructed in 1941, the General Sales Co. Wholesale Grocery Warehouse was a 120,000 square foot warehouse which is undergoing a renovation to become the future home of the Arizona startup, WebPT and Denver-based, Galvanize, Inc.

THE GERADO’S BUILDING IN PHOENIX, AZ

Constructed in 1928, The Gerardo’s Building once housed a café on the first floor and residential rentals on the upper level. It is listed on the National Register of Historic Places.

Arvizu’s El Fresnal Grocery Store is the oldest intact neighborhood grocery store in Phoenix. The building also served as a Mexican Masonic Temple and with its neighboring Gerado Building, they remain the only survivors from a sub-area of the warehouse area which once encompassed both residential units and commercial uses predominantly for Hispanic workers.

Built around 1906, the building originally served as part of a gas-manufacturing complex, providing fuel for early streetlights in downtown Phoenix and to homes that did not have electricity. It was operated until the use of gas lighting dwindled in the 1930s. Due to environmental concerns the building has since been demolished.

Built in 1946, The Phoenix Merchandise Mart building has tremendous ground floor retail opportunity with either lofts, entertainment or offices above. This building now serves as downtown mini storage.

Constructed in 1925, The Anchor Manufacturing Company building specialized in the manufacturing of auto/bus bodies and ornamental structural iron. In 1954 it housed an Anheuser-Busch distributorship. It was then used for storage by a moving company and then a vending machine firm. Today, it is The Duce, a retro-chic warehouse housing a vintage camper serving American comfort food, an art deco bar, gym area and retail store.

In the 1920’s, 441 W Madison was the home of one of Arizona’s printing presses and is now a concert and event venue, The Pressroom.

Information of The Warehouse District In Downtown Phoenix, AZ