OPEN HOUSE AT REGENCY ON CENTRAL IN DOWNTOWN PHOENIX UNIT 2001

This Saturday, from 1pm-3pm, Laura Boyajian, Listing Agent and REALTOR at Wise Choice Properties for Unit 2001, is holding another open house for residents and the general public at the Regency House, also known as Regency on Central. This newly designated historic high-rise sits in Ashland Place Historic District and is just flat out stunning! 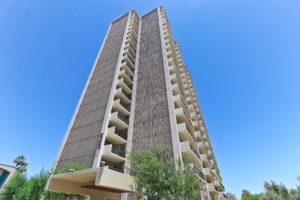 The first one was a huge success and SO much fun! Many of you came & met for the first time, and others who knew each other hung out, drank wine together and chatted like a fun party!

Come check out the MARVELOUS views of this 20th floor unit from one of the TWO balconies, and, check out the amazing, timeless, stylish and highest-of-end remodel possible! 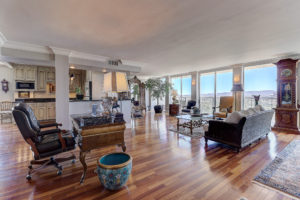 The views from this unit in the sky are absolutely incredible and we hope you’ll join us for some wine & Hors d’oeuvres. For more information, feel free to call Laura Boyajian anytime at 602.400.0008. We look forward to meeting you!

The city’s main library was devastated by a flood last monsoon. The $10 million renovation includes a larger children’s area and more community space in the Downtown & Central Phoenix, AZ area 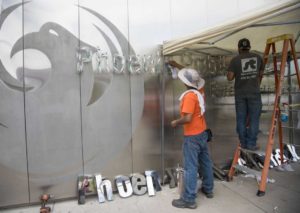 Workers put the final touches at the Burton Barr Central Library, which will be open to the public on Saturday after a year-long renovation sparked by a catastrophic failure in the building’s sprinkler system that flooded much of the building.

But don’t worry, many of visitors’ favorite aspects of the library are the same.

This week, the sounds of vacuums and power tools echoed throughout the branch. Librarians stacked books while IT professionals installed computers.

In July 2017, a windstorm caused the library’s roof to shake and release dust. The building’s smoke-detection system confused it for smoke and caused the fire-sprinkler system to be filled with water.

The sprinkler heads did not activate but water came out of the holes, causing damage to all five of the building’s floors and part of the book collection. No one was in the library during the flooding.

During the renovations, the fire suppression system and roof were replaced.

When walking into the renovated library, people will notice many of the same features and services.

“We are ready to be back in business and offer a significant increase in service,” Franklin said.

Franklin said the staff understands the community’s love of the former library and didn’t want renovations to change it drastically. But there will be some new things.

Throughout the library, visitors will find more computers and convenience outlets near desk areas. The library replaced flooring and tabletops.

The biggest changes were made to the children’s section, College Depot and MACH areas.

The children’s space, on the first floor, is larger: a bigger story-time area, bigger collection and an upgraded First Five Years area.

Franklin said before the storm, the library had been planning to update the College Depot on the second floor.

Now, the space has a computer lab that can hold 66 people and a large meeting room.

The area can host visits from experts, GED classes, workshops and summer camps.

On the fourth floor, the MACH area was significantly damaged by water. The area, also known as the space for makers-artists-crafters-hackers, caters to people who want to learn more about STEM.

The area now has two computer labs and a designated 3D-printer room.

An additional service at the location will be the seed library. Franklin said Burton Barr librarians realized the program was successful at other locations and wanted to bring it downtown.

The pipe burst above the reference section on the fifth floor.

Franklin said when replacing the section, staff researched which resources were used the most.

Some resources were not able to be replaced due to being out of publication. Therefore, computers were added to the area so visitors can search digital versions.

Franklin said the library staff like to call the floor “the great reading room.”

Also, the room’s metal pillars offer visitors the opportunity to see how the building’s architecture interacts with sunlight.

The pillars point to skylights in the ceiling, which highlight the sun’s ascent.

Franklin said the library will honor the summer solstice on June 21 because the midday effect of the pillars is most pronounced on that day.

Franklin said many people in the community were concerned about the rare books in the library. None of the books or the Washington handpress were harmed, she said.

The room’s floor was replaced with more durable material and the tables can now be moved around.

During the first days of accessing the damage, crews saved art work from the property.

Burton Barr is home to more than 30 art pieces on permanent display and a gallery space. The gallery will continue its exhibit schedule with the reopening.

Franklin said art pieces were shown at City Hall during the renovations.

The library will open at 9 a.m. Saturday.

The day’s activities include story times, a fairy-tale princess visit, activity stations and a magician in the Children’s Place from 9 a.m. to noon.

Visitors can visit the rare books room from noon to 3 p.m. and print a keepsake on the century-old Washington handpress, or spend the afternoon learning about coding or how to build a droid.