Mission Revival Architecture and Spanish Architecture were used in combination with Spanish settlers in North America. They combined their architectural traditions with other European and Native American influences to create a variety of styles. From Mission to Spanish Colonial to Mediterranean were all combined. 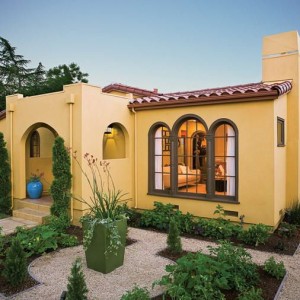 One of the best examples of a Phoenix neighborhood prominent with Mission Revivals and Spanish Colonials is F.Q. Story Historic District. Additionally, the streets are lined with architecturally stunning homes like something out of a storybook.

The Mission Revival Style was an architectural movement that began in the late 19th century for a colonial style’s revivalism and reinterpretation. Therefore, inspiration drew from the late 18th and early 19th century Spanish missions in California. FQ Story Historic District in downtown Phoenix is one of many historic districts with an abundance of Spanish and Mission Revivals.

The focus here is Mission Revival architecture, which is inspired by the ornate and stately style of churches built by Colonial Spanish missionaries. Consequently, they emerged in California and the Southwest at the turn of the 20th century. 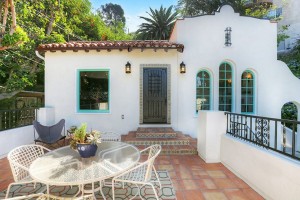 While no two missions were identical, the founding priests built sanctuaries that infused their interiors with natural light and reflected Spanish, Native American and Mexican influences. Therefore, Mission-style homes, which were most popular between 1895 and 1910. So. they mimicked the plain, rustic feel of the churches with thick walls and modest window sizes, plaster interiors and exposed wood beam ceilings. 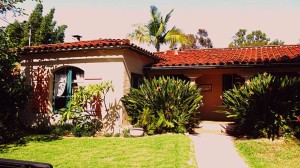 The style’s popularity can be traced to two cultural events of the time. First came the success of the 1884 novel Ramona, by Helen Hunt Jackson, which romanticized the story of a young Indian girl in Southern California in the early 19th century. Therefore, this created an image of Southern California as a Mediterranean paradise, says Ken Breisch, director of graduate programs in historic preservation for the School of Architecture at the University of Southern California. 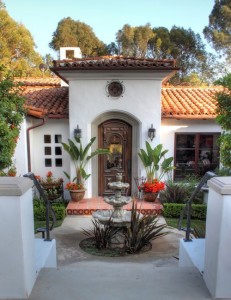 The second influence was the 1893 World’s Fair in Chicago, where each of the states designed buildings to exhibit products from their states. Breisch. A. Page Brown, Architect of the California pavilion, designed a building using different elements of California Missions, and the style spread across the country.

The railroads incorporated elements of the mission style in railroad stations on the Santa Fe line between New Mexico and California. This was used as corporate branding in hopes that it would attract tourists and writers to the Southwest, Breisch adds.

He notes that during the early 20th century, people were building homes reflecting many different kinds of styles, so it was a time of great eclecticism. So, while the mission style spread eastward, most of the homes were located in the Southwest. By the 1920s, architects were combining mission elements with features from Arts and Crafts, prairie or pueblo homes. 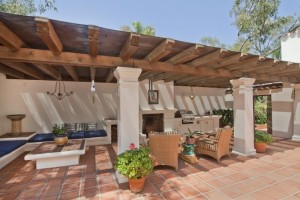 “So, Problems with water leakage or deterioration of the stucco are common”, Breisch says. “A tile roof might be subject to leakage where different elements of the roof come together. Stucco deteriorates because of the weather and tends to crack with age. Inside, homes of this era might need new plumbing and electrical wiring.”

Homes reflected the fine craftsmanship and woodwork of the era, with decorative balustrades and hardwood floors may need to have finishes stripped and replaced to eliminate blemishes.

“There weren’t that many Mission Style homes constructed to begin with because they were competing with a lot of other styles,” Breisch says. “A lot were destroyed in the 1906 San Francisco earthquake, and they’ve disappeared over time.”

All the more reason to take extra good care of those that remain.