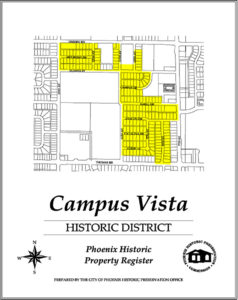 Campus Vista Historic District homes are all in walking distance to Phoenix College and the fabulous Encanto Park, which is one of the top places to see in Arizona. It’s also walking distance to restaurants and shops and is part of what makes it appealing to residents today.

The homes in Campus Vista range from about 1400 to 1700 square feet and usually are 3 bedrooms and 2 baths. Also, they often have detached garages.

The lots average 70 feet wide by 125 feet deep, so the sizes aren’t too shabby for a Central Phoenix home. And, the homes also feature small porches as well as broad front lawns with towering palms and pine trees.

Also, it’s a very short drive to St. Joe’s Hospital and all amenities such as Safeway and Frye’s grocery stores, a U.S. Post Office, lots of restaurants, golf, the light rail, the recently renovated Park Central Mall (for your Starbucks and breakfast cravings at the Good Egg) along with plenty of other regular living necessities are all part of living in this wonderful neighborhood.

Walking Distance to Phoenix College Then and Still Now

The Campus Vista neighborhood is walking distance to Phoenix College. The neighborhood today consists of nearly 200 homes which is just a snapshot of an earlier time when housing was greatly in demand during and after World War II.

Additionally, a new strip mall with a Sprouts, Starbucks coffee and more boutique stores was just built just in August of 2018 at 7th Avenue and Osborn.

There are several other historic districts neighboring Campus Vista such as North Encanto to the west of 15th Avenue, and, Encanto Manor and Encanto Vista lie just south of Thomas Road. 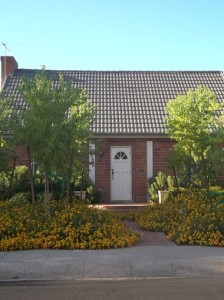 When Campus Vista was being built, developers envisioned a neighborhood that middle- and upper-class residents would want to call home. They touted the adjacent college and Encanto Park, and their advertisements beckoned “discriminating buyers.” This still hold true today.

Notably, Sam Gualtieri moved into Campus Vista in 1962 and has lived in his 1940’s home ever since. The modest brick home, with three bedrooms and a detached garage, was a good fit for his young family when they moved in. An ophthalmologist, Gualtieri also enjoyed being able to walk to work at St. Joseph’s Hospital and Medical Center.

Gualtieri has no plans to move. He jokingly blames inertia and is seeing an influx of young homeowners drawn to the neighborhood as he was decades ago. 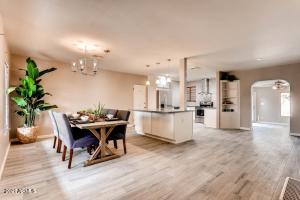 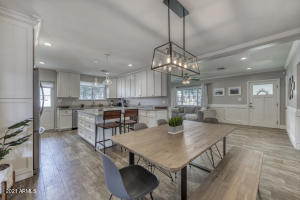