History of Phoenix Oakland Historic District is very rich. Beginning in 1885, a plat was recorded for a parcel of land owned by Justice Charles A. Weed. 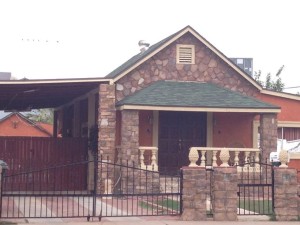 iBy 1910, the population of the Valley had doubled since the turn-of-the-century to over 10,000 residents. By the 1920’s, Historic Phoenix was experiencing significant economic growth, transforming itself from a primarily agricultural region to a retail and industrial center.

Phoenix’s increased population strengthened its tax base, and municipal services were quickly added that shaped Phoenix into a city. Sewer lines were laid, roads were widened and paved, and businesses of all types located in the city.

This period of rapid expansion prompted early real estate companies and speculators to experiment with planned subdivisions. These developments offered affordable homes, based on popular styles with efficient house plans, designed to attract the working-class Phoenician with their “easy payment plans.” The Oakland District represents the development cycle that was typical of many of the early residential developments in Phoenix.

In 1885, a plat was recorded for a parcel of land owned by Justice Charles A. Weed. Surveyed by William A. Hancock, the man who had platted the original Phoenix townsite, Weed’s Subdivision, as it was originally known, occupied the area bounded by Fillmore Street, 15th Avenue, Van Buren Street and 19th Avenue.

Weed’s Subdivision consisted of four square parcels, each divided into eight five-acre farm lots. And, a portion of the area was also the first location of the Phoenix Country Club. In 1909, the southern parcels were replatted into four subdivisions, Capitol Place, Oakland, Westlawn and East Oakland. Collectively known as Homestead Place, the area was subdivided to residential lots and developed over the years 1910 to 1937.

The first of the areas to be subdivided was the Capitol Addition in 1909, followed by Oakland in 1910, and Westlawn in 1911. However, East Oakland was not developed until 1925, when the housing demand in Phoenix increased.

The Oakland area, which forms the core of the Oakland Historic District history, was platted by the Phoenix Realty Company with 133 lots. In 1914, the new firm of Homebuilders, Inc. constructed fourteen homes in the Oakland subdivision.

Homebuilders was one of the first builders involved in speculative residential construction. The firm was established in 1910 by two Realtors, Green and Griffen, to build homes on the lots they subdivided. No other homes were constructed in the area until after the completion of Cave Creek Dam in 1923.

As a result of the dam’s completion, the threat of seasonal flooding was removed. This allowed the area of Phoenix west of 15th Avenue to be successfully developed for the first time. Due to the growth of local industry, commercial activity, and the accompanying population growth in Phoenix, the neighborhood continued to grow.

By 1938, the Oakland neighborhood is now occupied by small Bungalows or Period Revival Style houses and palm trees had been planted along the major streets.

The construction of the Standard Oil I Company warehouse at 19th Avenue, south of Fillmore Street in 1914, initiated development of the area as an industrial corridor. Valley Lumber and the Capitol Foundry followed soon after. Subsequently, The Santa Fe Railroad developed its maintenance yard and round house on the west side of 19th Avenue north of Fillmore Street. The size of the railroad operation made the railroad the largest employer of Oakland residents.

Modestly scaled Bungalow and Spanish Colonial Revival houses typical of the prevailing architectural styles of the 1920’s dominate the Oakland District. The Bungalows in Oakland are characterized by broad porches, gable roofs and are often of brick construction.

Significance of the Oakland Neighborhood

The Oakland Historic District is important as one of the few remaining historic neighborhoods in downtown Phoenix. Its architecture and development patterns are typical of working class neighborhoods that flourished around central Phoenix after the turn of the century.

The Oakland neighborhood is historically important for its strong associations with the Southern Pacific Railroad and other industrial concerns that were important to the economic development of Phoenix in the early twentieth century. Architecturally, the Oakland Historic District illustrates the major historic architectural styles that were once prevalent in Phoenix and the character of the historic neighborhoods in Phoenix from the early twentieth century.