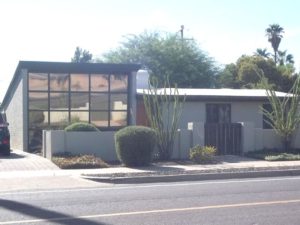 Have You Seen the Movie Shall We Dance?

If you’ve seen Fred Astaire and Ginger Rogers in Shall We Dance, you’re probably well acquainted with art deco style. The swirls and curves, the steps and mirrors, the 1930’s movie-star glam.

The style was partially inspired by artifacts discovered in 1922 in King Tut’s tomb, and many art deco buildings include the repeating designs and vivid color common in Egyptian artwork.

Though it draws heavily from antiquity, art deco was considered ultramodern at the height of its popularity. Some of the first deco designs came from the edgy Bauhaus School in Germany. The style combines the circular, trapezoidal and rectangular motifs of the Machine Age with the high-gloss finishes and glamorous black-and-white color palette of the silver screen.

Art deco’s appeal began to fade in the 1940s. However, it enjoyed a resurgence in the 1980s, when Miami’s South Beach arose from the ashes of neglect to become a colorful art deco vacation paradise. And, post-modern architecture around the world re-popularized fanciful touches on building exteriors.

Because art deco interior style often includes a lot of mirrors and glass, it may not be the best style for young families or those with exuberant house pets. Also, because original art deco apartments were built before the introduction of many modern conveniences, you may have to consider the cost of re-wiring for electricity and installing air conditioning as in any older apartment. But before you break out the sledgehammers and screwdrivers (or, better yet, before you buy) make sure the building you want to buy in isn’t landmarked. If it is, there may be restrictions on how much of the architecture you can change.

The Art Moderne & Art Deco style was used more often for office buildings than for private homes, so you’re not likely to find a deco home with a yard and a garage in most geographic areas but you may find one for sale on occasion in Phoenix.

You can check North Encanto Historic District, Country Club Manor, Coronado District, Encanto-Palmcroft and North Central Phoenix for starters. Scottsdale also has a nice selection of art deco houses and condos. If it’s a condo in a high-rise you’re looking for, look at the wide variety downtown Phoenix.

If you are lucky enough to find a house or a condo with an Art Moderne & Art Deco vibe, don’t fight it! Furnishings strongly associated with other periods will overpower its period charm, so don’t plop your overstuffed shabby chic sofa into the living room. Instead, look for genuine art deco pieces at local antiques stores, or online sources like 1stdibs.com, or purchase quality reproductions at better furniture stores. Don’t want to overdose on deco? Select neutral, modern furnishings and let the architecture speak for itself.