The History of Glendale, Arizona

Glendale Historic Districts History begins in 1880. The land that’s now Glendale was nothing more than empty desert until 1882 because of William J. Murphy. Glendale, AZ History runs much deeper than most would expect.

The Early Years of Glendale, AZ 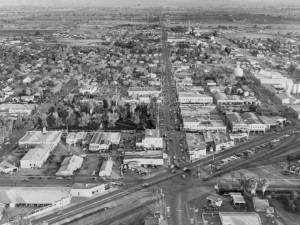 In 1880, the land that is now Glendale was nothing more than empty desert. But in 1882, William J. Murphy joined three Arizona builders, M.W. Kales, William A. Hancock and Clark Churchill, to lead the Arizona Canal Co. project, which would bring water to the desert land. With the help of 225 mules and whatever machinery was available, Murphy and his team completed the canal in May 1885.

By the late 1880’s, several homesteaders began to settle around the new canal. One early settler, William H. Bartlett, homesteaded lands in what is now central Glendale. He started a 640-acre fruit farm in 1886, complete with a main house and 13 other buildings. It became known as the Sahuaro Ranch.

The Construction of Grand Avenue 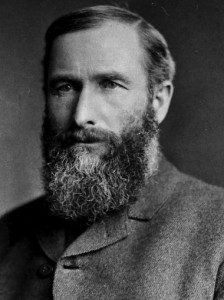 In 1888, Murphy, with the help of others, constructed the diagonal Grand Avenue. And on February 27, 1892, (which Glendale celebrates as its birthday) the first residential area of the city began to take shape.

The Glendale town site began to take shape soon after, and the first school, the Glendale Grammar School, was build in 1895. Its opening drew people from all over the Valley.

In the mid 1890s, Glendale became the pathway for a line of the Santa Fe Railroad, linking the Valley to Prescott and northern Arizona. The railroad allowed Glendale settlers to transport goods to the north and easily receive building materials.

Victor E. Messinger, one of the first graduates of Stanford University, came to Glendale in 1895 and helped found the town’s first library with 400 books from his own collection. The first library was soon built on what is now Murphy Park. 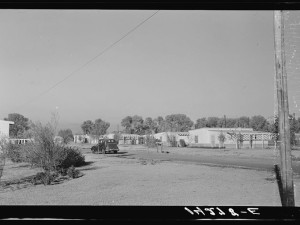 More and more families began to settle in Glendale after the turn of the century. The Glendale State Bank was opened in 1909. The city’s water system was sold from the Sine family to the town government in 1915.

The Birth of Manistee Ranch

By the early 1900s, the large ranch home on 51st and Northern avenues was bought by Louis M. Sands, a wealthy lumberman and rancher. He named the surrounding land and Victorian home Manistee Ranch after his hometown in Michigan. It remained one of the last working cattle ranches in the Valley. The house has been preserved for future generations to see.

Over the years, Glendale grew to become one of the most culturally diverse cities in the Valley. The city owes much of its heritage to early Hispanic settlers as well as Japanese and Russians who moved to Glendale from California.

This structure still stands today located just southeast of Glendale’s downtown. It was instrumental in the city’s early economic success. Farms and orchards continued to take off through the early 1900s. Other early businesses included the Glendale Ice Co., the Pacific Creamery Co., the Southwest Flour and Feed Co. and the Glendale Milling Co.

The Birth of the Coveted Catlin Court

World War I brought a new surge of energy into Glendale, with cotton prices reaching $2 per pound and a high demand for food, which kept farmers busy. Consequently, there was soon a need for more housing, and today’s Catlin Court was born from 1915 to about 1930. Most of these homes are still standing and are on the National Register of Historic Places.

The first Glendale News was published in 1912, the day after Arizona became a state. Then, a second newspaper was opened in 1926, The Glendale Herald. It published until 1963.

The Growth of Glendale’s Schools

Though the early parts of the 1900’s brought about economic success and street paving, Glendale also was affected by the Depression. Federal Housing Administration money helped build additional homes in Catlin Court from about 1935 to 1942, and the city’s population grew from about 3,500 to more than 4,800 by 1940.

The Road to Modern Glendale 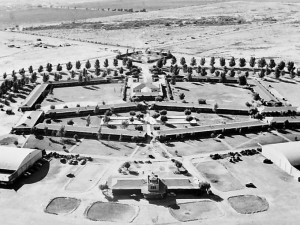 Construction of Thunderbird Field began in 1941.

World War II brought the birth of Thunderbird Field to train civilian pilots for the Army. The field was designed by artist Millar Sheets and resembled the mythic Thunderbird. While this field was being built in 1941, the Army was busy working on a larger base 10 miles west of Glendale.

The military and college presence sparked a need for utilities, parks, schools and streets. Northwest Hospital was built in 1960 at 61st and Northern avenues and city officials in the 1960s began to play catch up with the population, and over the next 40 years, the city added an operations center, landfill, water treatment plant, sewage plants, libraries, parks, public safety facilities an airport, a city hall and a civic center.

By the end of the century, Glendale’s school systems had grown from a handful of schools to multiple districts, including the Glendale Elementary, Peoria Unified, Deer Valley Unified and Glendale Union High School districts.

The 1990’s saw infill projects such as Marshall Ranch and Marbrisa Ranch as well as the changing of Valley West Mall to Manistee Towne Center. The shopping area at 59th and Northern avenues is now Northern Crossing. A successfully redeveloped power center complete with a super Wal-Mart and Lowes home improvement store was born.

Arrowhead Towne Center opened in 1993, and the surrounding neighborhood, Arrowhead Ranch, continues to be one of the most sought after communities in the Valley. Arizona State University’s west campus grew into a major educational institution in recent years, and Glendale also became home to Midwestern University. The completion of Loop 101 throughout Glendale opened the city to the rest of the Valley.

Glendale today is the sports destination for all of Arizona, as Gila River Arena and NHL Coyotes continue to attract fans to new growth in the far western areas of the city. The state-of-the-art University of Phoenix Stadium in Glendale, AZis also host to the Tostitos Fiesta Bowl and BCS Championship games as well as the 2008 Super Bowl.

If you like Arizona history, check out the history of the Historic Phoenix Districts.