The History of Alvarado Historic District in Phoenix, Arizona

Alvarado Historic District History begins in 1623 when the sailing ship ANNE left England. Among the passengers was William Heard,  The ship, bound for colonial America was heading for landing in New England. Heard’s family settled in Massachusetts and played an active role in forging the new American democracy. 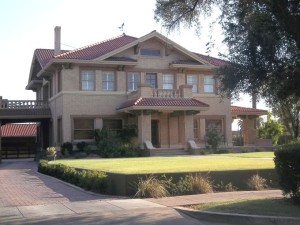 Some three centuries and seven generations later, the pioneering legacy of the Heard family continued to exert itself, this time in the distant desert climes of Arizona.

On the eve of the 20th century, in the territorial capital of Arizona, William’s descendant, Dwight B. Heard, would become a major force in the life of the new-born community. His accomplishments form a chronicle of the early history of Phoenix, the Valley, and the State of Arizona. One chapter of this record reveals, in microcosm, the breadth of Heard’s dramatic influence upon the shape of this emerging region, as his efforts in politics, business, and the arts converged. It lead to the creation of one of the most distinctive collections of residential architecture in the city of Phoenix – Alvarado. 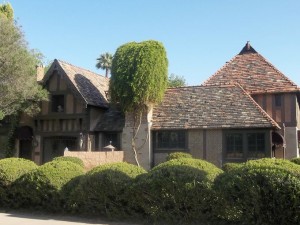 An Ancient Source Of Life

The life of present-day Phoenix commenced in 1867, when Civil War soldier, prospector, promoter, and speculator John William, known as Jack Swilling, began to irrigate and cultivate land along the northern bank of the Salt River. Inspired by the remnants of ancient Hohokam canals, Swilling established a company to supply the U.S. Army troops at Camp McDowell, twenty miles to the northeast.

His activities attracted additional settlers, and by 1870, the community boasted a population of 235 with 1,500 acres of land under cultivation. In that same year, the terrain was surveyed and laid out in a square-mile grid pattern. With the reservation of a central townsite, Phoenix was born. 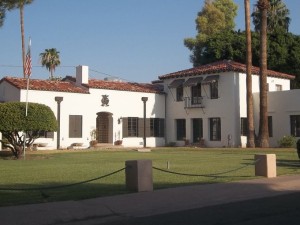 Because the arid climate required extensive irrigation to support crops and sustain the population, Phoenix did not become an instant boom-town. Rather, the town experienced steady growth as a supply center for military, government, and mining operations. Weathering the economic depression of the mid-1870’s, Phoenix began to flourish at the end of the decade as rising agricultural prices led to prosperity. 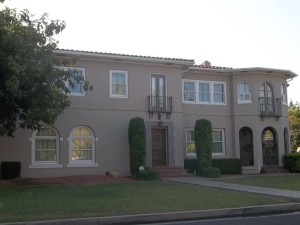 But rapid growth soon would propel development northward. In 1879, the Southern Pacific Rail line made Phoenix more accessible with the extension of its line to within thirty miles south of town. With incorporation of the city in 1881, the stage was set for a dramatic new era.

Completion of the Arizona Canal

In 1885, completion of the Arizona Canal provided the Valley with 41 additional miles of irrigation, opening up 100,000 acres of desert land to agricultural development. The economic impact of the Canal and the promotional efforts of its builder, W. J. Murphy, brought a period of rapid growth and booster-ism to Phoenix and the Sale River Valley. Phoenix was selected as the Territorial Capital in 1889. A flurry of municipal activity established water, sewer, gas, and electric utility franchises. The city’s population tripled between 1885 and 1890. 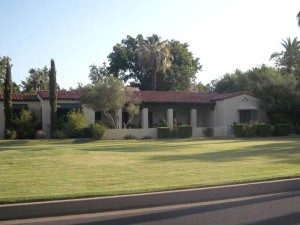 Visions In The Desert

Arriving in Phoenix in 1895, Dwight B. Heard quickly assessed the Valley’s great potential and grasped the limitations imposed by the cycle of floods and drought which plagued the Valley. Motivated by investments in land and agriculture, he became an active force in efforts to promote federal projects that would harness the Valley’s water.

With successful passage in 1902 of the National Reclamation Act, Heard applied his efforts locally where he served as a county water commissioner. This helped lay the groundwork that led to construction of the Roosevelt Dam. Completed in 1911, the dam tamed the waters of the Salt River, transforming the Valley by providing both stable irrigation and protection from inundating floods.

In 1903, Heard and his wife Marie constructed a 6,000-square-foot Spanish Colonial Revival mansion they named “Casa Blanca.” Located at the corner of Monte Vista and Central, the home was the cornerstone of future Alvarado and was a frequent stop for visitors and dignitaries from throughout the nation.

Sensing the promise this north central location held, Heard purchased the entire quarter section of land on which his estate was located. In 1909, he subdivided the 160 acres into 32 parcels of five acres each. This ranged from Central Ave to 7th Street and McDowell Road to Oak Street. Intended for upscale, estate size homes, the project, named Los Olivos, was the most prestigious of the early suburban homesite subdivisions with the largest lots available. Preparing the project for sale, Heard provided numerous plantings throughout the subdivision, including hundreds of palm trees.