GARFIELD HISTORIC DISTRICT IN THE DOWNTOWN CORE OF PHOENIX, AZ 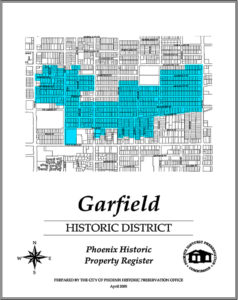 I Hate to Say I Told You So

Right before the market crashed, Garfield Historic District was JUST beginning to attract investors and few remodels were done. Of course, after the crash, not much happened in this neighborhood…UNTIL NOW! I’ve been and still am telling people, “BUY IN GARFIELD!”

I’m a Realtor who has been telling people since BEFORE the crash, “Just wait and see what’s going to happen after the market begins to recover.” People were skeptical but I knew differently and now my persistence to my stance is paying off…literally, for the people who are investing, moving into and out of Garfield.

The landscape is changing right before our eyes! It’s so exciting because everyone is willing due to what this neighborhood has to offer. The single-family homes are being coveted by multiple investors who are LITERALLY going door-knocking offering to buy residence’s homes. If no one answers, they’re leaving good old-fashioned hand-written notes and calling the owners telling them they want to buy their homes for cash NOW! Why?

It’s no wonder why. Since the recovery, downtown Phoenix is booming and the Garfield is neighborhood is walkable to Roosevelt Row, First Friday gatherings, Chase Field, and several museums. Garfield is where you can still enjoy an affordable urban lifestyle without the commute.

Garfield is walking distance to downtown events of all types: Art, music, sports, theater, museums and politics. I mean, from most streets in Garfield, you can walk around the corner and see a high-rise staring you in the face. Additionally, the new Portland 38 condos near 7th Street have already sold at an average price of $200,000. And, that’s just the beginning. Garfield is the easternmost historic district to downtown Phoenix, which we all know is just booming like crazy today.

The Residents of Garfield

The majority of the residents in Garfield have been there for years. Therefore, we’re talking about childhood memories where generations of families have lived, where all the neighbors know each other for decades, look out for each other and have each other’s backs. Solid to the earth.

However, many are now selling their homes and moving on to their next phase which is giving the opportunity for many newcomers of all types, and it’s happening! I’m on the ground there almost daily right now working with Garfield clients and I’m watching the landscape slowly turn before my eyes. It’s pretty col to watch history change AND be a part of it one home at a time. 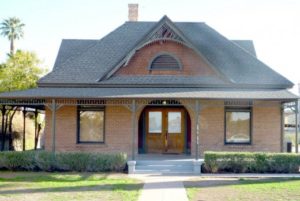 The Architectural Styles in Garfield

Garfield homes were designed and constructed from the 1890’s to the 1930’s. The Garfield Historic District contains primarily modest Craftsman Bungalows, Classic and California Bungalow styles.

Overall, the neighborhood provides a sampling of architectural styles from the earliest vernacular homes in Phoenix to the early Ranch-style homes that would become prevalent following World War II.

Period Revival style homes exist in Garfield as well, but it also includes a noteworthy concentration of older turn-of-the-century structures, including the largest concentration of “Pyramid Cottages” in Phoenix and variants of Southwest styles, Prairie-influenced styles, and International.

The square footage averages 800 square feet and goes up to about to 1800 square feet. Most commonly, 2 bedroom, 1 bath homes are the norm. However, there are also 3 bedroom homes with up to 2 bathrooms and this is BEFORE reconstruction and remodels. Therefore, it’s not uncommon to now see more square footage, number of bedrooms and bathrooms.

Some of the homes built in Garfield Historic District date back to the 1880’s. The greater Garfield neighborhood is roughly one square mile and stretches from the I-10 to Van Buren, then from 7th Street to 16th Street, and houses two historic districts; Garfield and North Garfield.

Both districts were placed on the National Register of Historic Places in 2010. Garfield was developed from 1883 to 1955. And, the neighborhood was one of the first additions to the original Phoenix townsite. It is also an excellent example of a “streetcar subdivision,” where residential development was directly related to the establishment of a streetcar line through the neighborhood.

The Garfield Neighborhood is a diverse, historic front-porch community in the heart of downtown Phoenix. While it is the oldest, intact neighborhood in Phoenix, houses are still a bargain here.

Where else can you get a 1910s fixer-upper? Consider fixing up your own historical home in Garfield, and be within walking distance of the Bank One Ballpark, ASU Downtown Campus, the new T-Gen Genetic research facility, and the upcoming Light Rail facilities. There are Historic Preservation and Neighborhood Initiative Area (NIA) funds to help rehabilitate and restore the historical character of Garfield homes.

Garfield Residents and The City of Phoenix

Thanks to the hard work of Garfield residents, its HP Officers, and the Garfield Organization, the Garfield neighborhood has two of the largest historic districts in the city of Phoenix:

Garfield is the oldest historic neighborhood still relatively intact in Phoenix. It was annexed to the original Phoenix Townsite in the 1800’s.

Eat Your Way Around Garfield

Let’s talk restaurants, food, bars, wine cafes and nightlife which is just perking up like crazy, then next, we’re going to talk about the amazing people of Garfield. The number of new restaurants scheduled to open soon is just short of staggering. The current choices are already fabulous and there’s quite the variety in terms of ambiance and pricing.

A Few Noteworthy Restaurants Near Garfield 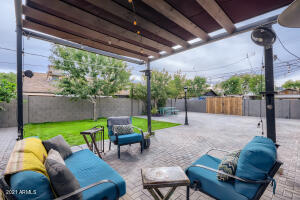 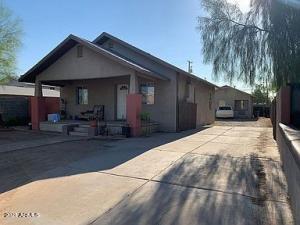 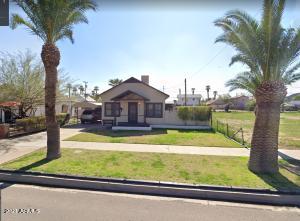 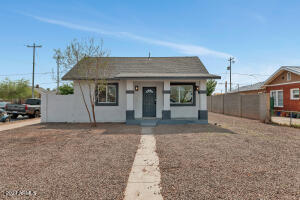 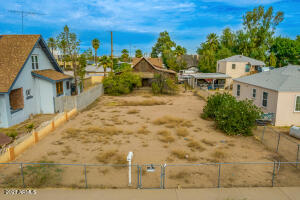 Homes For Sale In Garfield District