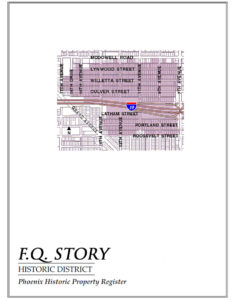 FQ Story Historic District homes are like driving though a past-telling storybook in a Central Phoenix neighborhood. Homes in FQ Story are now one of the most sought after areas near the core of downtown Phoenix.

These streets and their homes literally look like something out of a fairy tail.

Some of the oldest and most picturesque homes in Central Phoenix can be found here. Due to their age, they average roughly 1300 to 1600 square feet, generally with 3 bedrooms with 1 or 2 bathrooms. But, many homeowners over the years have done tasteful, luxurious additions expanding their square footage.

The West Side of FQ Story

The west side of FQ Story is currently in a major boom state. The east side has notoriously been more coveted and desirable than the west side, but this is no longer a reality. First-time homebuyers and investors are seeing the value that’s been hidden now coming to fruition. It’s not going to be too much longer before the property values become equal to the east side. Take a drive through as soon as possible and you’ll see exactly what I mean. It’s the hidden gem that’s becoming unhidden.

FQ Story Historic District Homes has just a few streets in FQ Story, mainly Culver, Moreland and Latham, that are a bit too close to the freeway for some. However, you absolutely do not want to let that stop you from cruising this seriously delightful neighborhood. As a result, after the sound barriers constructed, most residents describe it as a “white noise”, actually calming. You’ll feel like you’re in the Midwest, taking a stroll back in time. 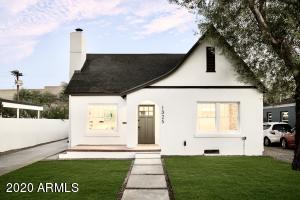 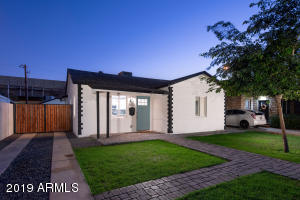 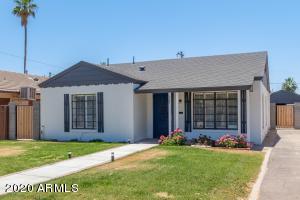 Schools in and around the F.Q. Story Historic District