The History of Fairview Place Historic District In Phoenix, Arizona

The history of Fairview Place Historic District begins in 1867. Phoenix grew slowly until after the turn of the century when the Roosevelt Dam was complete.

Windows Into Time In The Fairview Place Neighborhood In Phoenix, Arizona

We live in the present. We hope for the future. But we are inescapably drawn to the past. 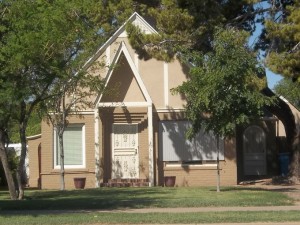 History is restored in libraries, displayed in museums, and recorded in archives and files. We plan trips and excursions to seek out the past, but fail to observe it just under our feet. The homes where we live, our neighborhoods, and the cities that contain them all stand as silent testament to the past that is our prologue.

On the west-central side of modern- day Phoenix, a thriving neighborhood serves as an anthology of the ebb and flow of the 20th century growth, trends, regulation and economics throughout the city, the state, and the nation. That history is in the neighborhood of Fairview Place.

First settled in 1867, Phoenix grew slowly until after the turn of the century. By 1911, construction was complete on the Roosevelt Dam, ensuring a stable supply of water.

Getting Ready for a Fairview Boom

In 1912, Arizona became a State, and the stage was set for a boom to begin. So, historically, individuals conducted early Phoenix land development and building companies, usually subdividing small parcels of land into residential lots. Speculative construction was rare and home-building was generally done on a contract basis. 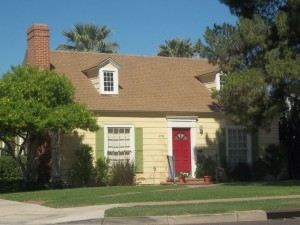 Stretching from McDowell Road to Encanto Boulevard and bounded by 15th and 17th Avenues, Fairview Place was one of the first attempts at large-scale residential subdivisions in Phoenix. After recording the plat in 1916, the State Realty and Sales Company ambitiously promoted the sale of lots.

But, the project was ahead of its time. Outside the city limits, Fairview Place was poorly served by streetcar lines and developed roads. More troubling, the Cave Creek wash to the northeast ran uncontrolled and seasonal floods surged across the land. Completing subdivisions to the east fed the market demand, which faded at the outbreak of the First World War. With it faded early hopes for Fairview Place, no homes would ever be built by the State Realty and Sales Company.

By 1923, the Cave Creek Dam was completed, eliminating the prospect of floods. So, Streetcar lines no longer limited development as the number of motor vehicles in Phoenix swelled from 382 in 1910 to a 1920 total of almost 12,000. The west side of town was now ripe for development, and in 1928, Fairview Place, under the new ownership of F.W. Mathiesen, was a bud about to blossom.

“Everything Points to Fairview Place,” proclaimed the project promotions produced by the Mathiesen Construction Company. Though still outside the city bounds, the development boasted gravel roads and city lights and water. Positioned in the market to capitalize on suburban trends, Fairview Place was touted as “a distinct social and business asset” and the Period Revival Style ensued.

The development appealed to prevailing trends in architecture as well. From the mid-1920’s until the Depression, Phoenix joined the nation on a merry-go-round ride of historic Period Revival styles. The initial waive of construction slated for the subdivision included 50 homes, in groups of 10, all to be in a style that Mathiesen termed “Americanized Dutch.” In reality, nine homes were completed in 1928, reflecting six different styles including Southwest, Tudor, and Spanish Colonial Revival.

After the Stock Market Crash

The following year brought the stock market crash and signaled the start of a worldwide depression. But the Salt River Valley was slow to feel the pinch, and in Phoenix, the demand for residential construction endured. From 1929 until 1932, another 20 homes were completed in Fairview Place with a similar variety of styles.

New styles included a rare Phoenix example of the streamlined style termed Art Moderne By 1933, however, the Valley finally fell victim to the lengthening cycle of financial pressure. No homes would be constructed in Fairview Place that year, and the plans of the Mathiesen Company would never be fulfilled.

Because of the depression, In the mid-1930’s, a potent force came riding into town. In an effort to break the stranglehold of economic depression, New Deal politics spread federal spending throughout the country. As a result, public construction projects revitalized Phoenix, enhancing streets and schools and expanding the city’s airport. With the projects came jobs, income, and rejuvenated growth.

For residential real estate, the driving force was not just these projects, but also the loan insurance provided by the newly created Federal Housing Administration (FHA). FHA-backed mortgage loans made home ownership a reality for a broad range of the population. The late 1930’s produced record numbers of FHA financed homes both in Phoenix and across the nation.

Back At The Neighborhood Ranch

Locally, no neighborhood more dramatically displays the effects of FHA programs than Fairview Place. Construction in the subdivision jumped from just two homes in 1937 to 74 completed in the next two years. “Built and Approved Under FHA” because a mainstay of the project’s promotion and advertising. The change was evident not only in numbers, but in architectural style as well.

FHA design standards in Fairview Place encouraged efficiency in both form and materials. These standards, teamed with the influence of the International Style popularized in Europe and the declining popularity of Period Revivals. This led to the development of the Ranch Style home. The simple, clean style would come to symbolize the modern American West and is the essence of Fairview Place.

Two variations on the style are most prominent in the neighborhood. The Transitional or Early Ranch is a small box-like form with L-shaped plan and low-pitched gable or hip roof. The French Provincial Ranch is typically an elongated version of the design with multiple hip roofs, steel-casement corner windows, and irregular floor plans exhibiting greater complexity.

So, development continued into the early 1940’s, but World War II brought new construction to a halt. As a result, in 1944, not a single home was built in the subdivision.

History in the Making: But, after the war, renewed government intervention. This time, in the form of the “G.I. Bill” which again ignited the housing industry. Servicemen trained at Luke and Williams Air Bases returned to the Valley to build homes financed through the Veterans Administration. The Ranch Style home maintained its popularity in these years, and by 1947, 90 percent of the homes now in Fairview Place were completed.

Many of the city’s most prominent citizens have called Fairview Place their home, among them some developers who gave the project form. Andy and J.R. Womack, of the Andy Womack Building Company, built numerous Fairview Place homes. These two both lived within the neighborhood they helped construct, as did Alfred Anderson, principal in the building firm of Maxwell and Anderson.

Prominent Figures Who Lived In Fairview

Fairview Place’s proximity to Encanto Park and the Sate Fair Grounds provided a unique setting that continued to enhance the local lifestyle. Resurgent interest in downtown living is now adding to the vitality of Fairview Place.

Citizens looking for new solutions have returned to the past and rediscovered the richness of historic neighborhoods. Renewed interest has brought a dedication to preserve and improve these civic assets.

Fairview Place is an active participant in this movement, and community action has brought a new look to this historic district. The Fairview Place Citizens Association sponsors newsletters and seminars, has brought neighbors together, and notably, as restricted the volume of traffic in the neighborhood.

These activities have fostered increased neighborhood pride, which has transformed not only the spirit, but also the presence of the district. The past is preserved, the present dynamic, and the shape of the future will reflect both in time; “Everything Points to Fairview Place.”