Historic Phoenix Architecture in the historic districts and neighborhoods of Arizona don’t only have an incredible history’s with telling pasts, but they also embrace an incredibly wide variety of architectural styles. Below is a breakdown of different styles, their history and photos. 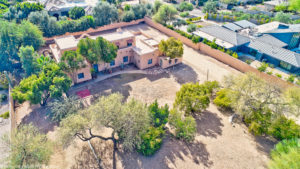 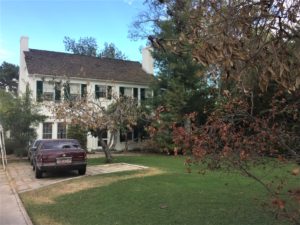 A true Colonial house is one that was built during North America’s colonial past. Colonial Revival styles emerged in the late 1800’s as a rebellion against elaborate Victorian styles.

Many houses built during the twentieth century can be described as Colonial Revival. Colonial Revival houses have the simplicity and refinement of old Georgian and Federal houses from American history, but. they incorporate modern details. 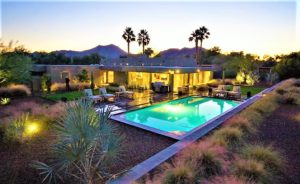 Although Art Deco homes in Phoenix are not as common as other historic Phoenix architecture styles, there are a few neighborhoods in Central Phoenix where you may occasionally find one. Look in Coronado Historic District, Encanto-Palmcroft, Country Club Manor and Country Cub Park. 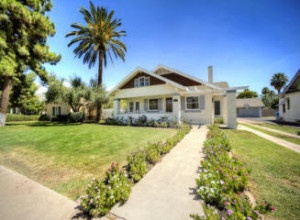 The Bungalow style home showed up in America in the 1880’s but it was its development in Southern California that paved the way for its new role as a year-round house. This turned it into the most popular house style American had ever known.

Where to Buy a Bungalow In Phoenix, AZ?

There are many historic districts in Phoenix where you can buy a Bungalow. However, the districts which house an abundance are Willo Historic District, Alvarado, Roosevelt, Coronado, Earll Place, Ashland Place and Brentwood, to name just a few. 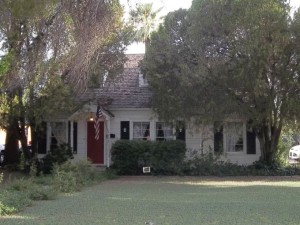 The first Cape Cod style homes were built by English colonists who came to America in the late 17th century. But, after World War II, the architect Royal Barry Wills promoted the Cape Cod style for small homes in suburban developments throughout the USA. 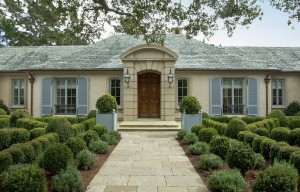 Inspired by estates of the French countryside of the 1600’s, the French Provincial style home came to America after World War I, bringing with it decorative appeal and romantic touches. 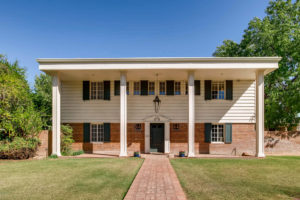 The Georgian style, with its long history in America, is among our country’s most consistently popular styles. Admired for its symmetrical design, classic proportions, and decorative elements, it is commonly associated with the reigns of England’s King Georges, I through III. However, there are a small handful in Phoenix, Arizona Historic Districts. 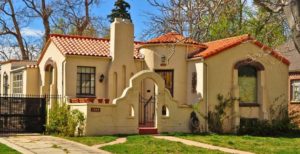 The Mission Revival home movement enjoyed its greatest popularity between 1890 and 1915 but continued evolving into the 1930’s. The Spanish Mission Style and its associated Spanish Colonial Revival Style became internationally influential. 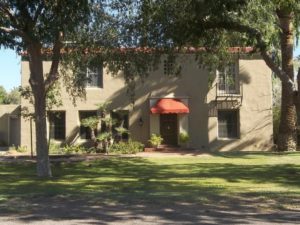 The Monterey Style home was born in 19th century California, but its popularity expanded throughout a growing 20th century United States.

In Phoenix, the Encanto-Palmcroft Historic District has some fine examples of Monterey’s. 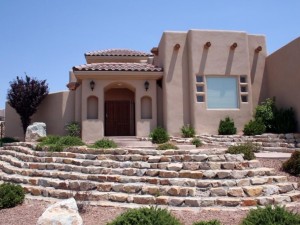 The flat roofs and earth-toned walls of the Pueblo style homes were inspired by the simple structures of the Pueblo Indians. This type of home, immensely popular in the Southwest, has deeper roots than almost any other type of American architecture.

It developed in New Mexico and Arizona around the turn of the 20th century, borrowing from the simple, sleek multi-family structures erected by the Pueblo Indians starting in 750 A.D. Most modern versions of Pueblo architecture (also called Pueblo Revival) have a heavy Spanish influence. Arcadia Historic Neighborhood has some fine examples of rare Pueblo Revival homes. 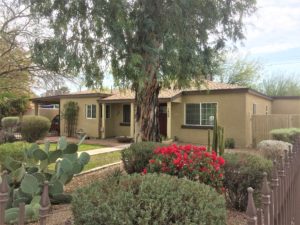 Low-slung Ranch style homes, modeled after the casual style of homes on true Western ranches were first built in the 1930’s and spent the next four decades popping up everywhere throughout the country. Phoenix has an abundance of ranch homes in many flavors from historic to modern. 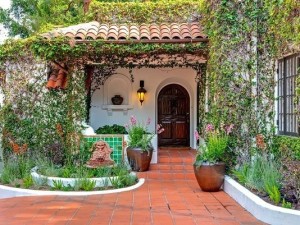 Settlers from the Mediterranean fused design from Europe & Native America with their own to create a variety of home styles.

As a result, the Spanish Colonial Revival is used to describe homes built in the early 20th century. These incorporate various elements of Mediterranean architecture. But, as with all true styles, these homes are linked by a set of common physical characteristics.

Where to Buy a Spanish Style Home In Phoenix? 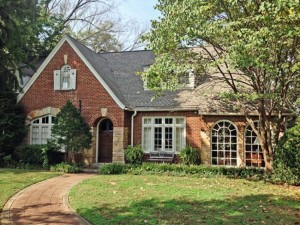 Originating in England, the Tudor Revival style home is one of the most recognizable home styles. Best known for steeply pitched, multi-gabled roofs and decorative half-timber framing, Tudors were mostly built in established neighborhoods during the first half of the 20th century.

Where to Buy a Tudor Style Home In Phoenix?

In Phoenix, there are so many wonderful historic neighborhoods with Tudors of all kinds. A few neighborhoods you can check out for a roll back into time are FQ Story, Encanto-Palmcroft, Coronado, Fairview Place and Cheery Lynn. However, there are others as well. 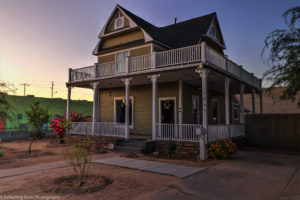 Victorian homes architecture emerged between 1830 and 1910 under the reign of Queen Victoria. These include sub-styles such as Gothic revival, Italianate, Second Empire, Queen Anne, stick style, Romanesque style and shingle style.