The History of Earll Place Historic District In Phoenix, Arizona

The history of Earll Place Historic District started when E.A. Earll offered bare lots for sale then built several houses on speculation being an English Tudor. 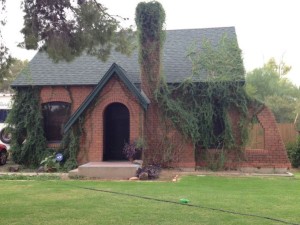 The history kicks off in the 1920’s. The area that would become Earll Place remained cultivated for agriculture. This area was situated between the Creighton District and the Osborn District, two mini farm districts that utilized water coming from the nearby Grand Canal.

The Completion of Roosevelt Dam in 1911

Roosevelt Dam’s completion in 1911 brought a dependable source of water to Phoenix and instigated a population boom. This in turn prompted some small owners to subdivide their holdings into smaller residential lots. Phoenix’s population growth slowed substantially in 1914 at the onset of World War I, but increased sharply after the war.

The Population Boom In Phoenix

In the 1920’s, Phoenix saw unprecedented agricultural and commercial production, promoting another population boom. The spiraling population increase also affected the physical dimensions of the city, as residential development rapidly extended the rural-urban interface in all directions from the city center.

Meeting the demand for suburban residential land outside the city, landowners platted 36 new subdivisions in the six months leading up to March 1927. As a result, this expansion included farm lands to the north and east of the city. E. A. Earll subdivided his land north of Thomas Road and east of 16th Street in February of 1927.

By early March 1927, Earll’s builder, George McGinnis, started construction on three more Tudor Revival and Bungalow brick homes. Then, the large lots, all measuring a quarter or third of an acre now had soft water pumped to the site.

The Addition of Roads and Schools

Earll invested in several improvements, including graded gravel roads, service alleys, and electricity available at the “low suburban rate.” Now, children in the district could use the Creighton school district bus.

In February, Earll offered the quarter-acre tracts for $350 and the third-acre lots for $385. The homes had many modern conveniences: “wonderful kitchen, containing Lasto sink, Hotpoint automatic range, electric water heater, breakfast nook, etc. Just the place for the discriminating housewife.” Therefore, a buyer could have this home for $4,750, or a smaller but similar one at 1681 E. Earll Drive for just $3,900. Homeowners could enjoy “city conveniences and no city taxes.” By February 1928, Earll had invested $75,000 worth of improvements in the subdivision, and had sold two homes that he had built on speculation.

The Rise of Property Values

Property values in the suburbs northeast of town had risen significantly after the Biltmore interests announced their plans to build the new two million dollar Biltmore Hotel near Squaw Peak.

The Increase of Lot Prices

Earll capitalized on the growing popularity of the automobile as a lifestyle necessity of the new suburbanite. Earll assumed his customers would be driving to see Earll Place and would need garage space when they moved there. Most of his homes included detached one- or two-car garages. As the Phoenix streetcar system ultimately failed, it is just as well that Earll Place residents had so enthusiastically embraced automobile culture.

Earll Place Historic District history during the stock market crash in 1929 accounted for some slowing, but did not halt, Phoenix’s growth. Unlike cities in the industrial north and east, Phoenix’s strong agricultural economy, increasingly diversified business community, and status as the state government center kept the city alive, but still financially shaken.

New Deal programs instituted in the 1930’s helped many people in need, and established government guidelines and procedures that endured through the twentieth century. However, most of the homes built in Earll Place reflect the style and unique characteristics of the Period Revival and Bungalow styles of the pre-FHA era of building.

Earll’s speculative efforts were very successful, as all of his homes sold within four years, even during the early years of the Great Depression. And, Earll’s advertising strategy included the appeal of the suburban “country estate,” exemplified by the charming cottage exterior and custom wood interior details, while also promoting modern conveniences such as electric light switches and modern kitchen appliances.

The Typical Features of the Bungalow Style Home Include:

Development of the Earll Place Historic District began at the end of the bungalow’s popularity, and only 13 of the district’s 42 homes were bungalows.

The Southwest Style is a blend of Spanish Colonial and Pueblo elements. Wall surfaces are stuccoed, and the roof has predominantly flat roofed forms with occasional tile accents as awnings, porch roofs, or parapet caps. Porch and door openings have arched details. Six homes in Earll Place are categorized as Southwest Style.