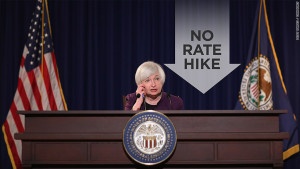 For the fifth consecutive week, mortgage rates trended down, surprising even forecasters. The 30-year fixed-rate mortgage is now at its lowest average since April 30, 2015.

“Market volatility — and the associated flight to quality — continued unabated this week,” says Sean Becketti, Freddie Mac’s chief economist. “The yield on the 10-year Treasury dropped another 15 basis points, and the 30-year mortgage rate fell 7 basis points as well, to 3.72 percent. Both the Treasury yield and the mortgage rate now are in the neighborhood of early-2015 lows. These declines are not what the market anticipated when the Fed raised the Federal funds rate in December. For now, though, sub-4-percent mortgage rates are providing a longer-than-expected opportunity for mortgage borrowers to refinance.”

This week the market forecasted zero hikes in 2016 for the Fed’s short-term rates, which could keep mortgage rates low. Analysts are now predicting that the closely monitored Fed Futures market has nearly a 60 percent chance of no rate hikes at all this year, marking a “dramatic U-Turn from only a month ago when the market was pricing in a 75 percent probability the Fed would increase rates at least once in 2016,” CNNMoney reports.

The Fed had risen rates 0.25 in December, its first increase in nearly 10 years. But with stock markets spiraling downward and the fragile global economy, analysts believe this will likely prompt the Fed to pause in raising rates.

“Things have happened in financial markets and in the flow of economic data that may be in the process of altering the outlook for growth,” Fed vice chairman Bill Dudley told MarketWatch this week.

The opportunity to buy a home at low interest rates is still here. For how long, who knows?