Why Rent When You Can Buy a Phoenix Home For Less? 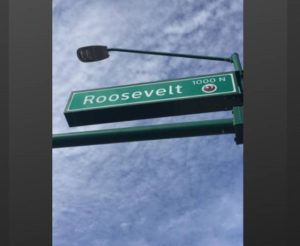 Phoenix’s Roosevelt Row ranks among the hottest 25 urban neighborhoods in the U.S, according to a new ranking by real estate firm Hot Spot Rentals.

Roosevelt Row, which sits on the north side of downtown Phoenix ranks 24th and sits among a slew of Historic Districts.

Roosevelt Row made its name as an area of artists and has drawn new apartment and other developments.

The area has benefited from the growth of downtown Phoenix and Arizona State University’s campus there. ASU now has more than 11,000 students downtown and is moving the Thunderbird School of Global Management there from Glendale.

Roosevelt Row is also near Metro light but like other parts of downtown has to wrestle with an increase in homeless persons.

The new apartments being built and under construction in the Roosevelt area are also on the more expensive side with one bedroom renting for $1,500 or more, according to Apartments.com. There are many apartments and lofts being built in the Garfield Historic Neighborhood as well.

Clearly, it is cheaper to own a home than it is to rent virtually any dwelling type.

If you are interested in a free consultation to see if buying a Phoenix home is a better option for you, please call or email me today. You may be surprised at what you learn. I have access to programs that offer down-payment assistance with money you do not have to pay back.