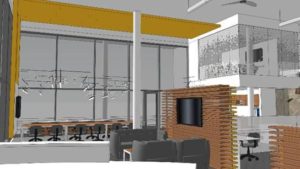 After three years of fundraising and community input, construction is scheduled to begin on the former Phoenix Indian School music building at Steele Indian School Park in central Phoenix. The building, which has fallen into disuse, will become the site of a new Indian Center. 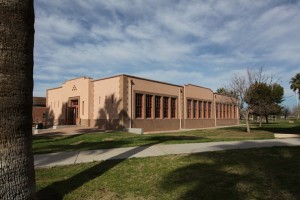 The improvements and future center are part of the Phoenix Indian School Legacy Project, a joint partnership between the City of Phoenix, which owns and operates both the former Indian School buildings and Steele Indian School Park; the Phoenix Indian Center, the first urban Indian Center in the nation, offering everything from work placement and development to addiction services; and Native American Connections, which serves more than 10,000 individuals and families annually, addressing issues of homelessness and housing along with behavioral health and outreach services. The city will provide funding for the project, while the nonprofits will operate the center and onsite events.

The center will be housed in the 6,000-square-foot music building, construPhoenixPhoenixcted in 1931 and first used as an elementary school. It was converted to the band-chorus room in 1964 and remained the music hall until the school’s closure more than 20 years ago.

Designed by Architectural Resource Team with input from tribal leaders and organizations during a series of community meetings, the architectural plans include creating a public gallery as well as a private board room and business center. The gallery will share the century-long history of the Phoenix Indian School with visitors alongside an open conference room for community events, and a commercial kitchen to prepare traditional indigenous foods. The center plans to frequently host health and nutrition courses as well.

“We are going to be able to bring the public back into the space, and educate and enlighten the community about the Native American boarding-school experience and how it impacted Phoenix, as well as the state of Arizona,” Diane Yazzie Devine, CEO of Native American Connections, said in a press release last week.

“We also recognized that for some people, coming back to the Indian boarding school could be a very emotional experience, so we have a reflection room at one end of the gallery,” Devine continued in a separate e-mail to New Times. “People can sit in that room and pay their respects to the memory of the students, or just sit and be quiet.”

The Phoenix Indian School originated in 1891, housing and educating thousands of students from more than 23 tribes across New Mexico, Nevada, Oregon, California, and Arizona. The controversial institution initially forbade students from interacting with their culture through strictly enforced rules dictating everything from language to haircuts. Those rules were eventually relaxed, and the school closed in 1990.

The City of Phoenix acquired the campus and its surrounding acreage in 1996 after a land exchange with the federal government. The three remaining buildings — Memorial Hall, the Indian School, and the Indian School Band Building — were added to the National Register of Historic Places in 2001. Steele Indian School Park, where the buildings remain as an homage to the landmark location, opened that same year.

“Phoenix Indian School played an important role in the history of our city, our state and our nation, so we must do all we can to preserve that legacy,” Phoenix Mayor Greg Stanton said in a press release sent out by Native American Connections last week. “Restoring the music building will ensure that the story of Phoenix Indian School and its students will continue to resonate with new generations while providing a valuable community asset at one of our busiest city parks.”

Renovations and new construction are expected to take eight to 10 months. The complex is slated to open next spring.