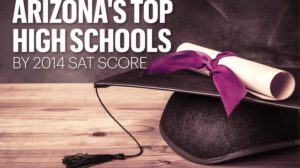 When ranking Arizona’s top 50 public high schools based on 2014 SAT test scores, the majority in the top 10 are charter schools.

So we crunched the numbers again to look only at traditional, non-charter public high schools to see which are the best scoring school districts in the metro Phoenix area.

It’s no surprise that public school districts in metro Phoenix tend to perform better in the outlying areas, especially in the East Valley, such as in Chandler and Gilbert. But it was surprising to see how close some of the other school districts are when comparing their average 2014 SAT scores.

SAT test scores are a good measure of college readiness, according to the College Board, which administers the test nationwide.